Tommy Murphy joined Mississippi Power’s Management Council as vice president of Customer Service and Operations in April 2021. His responsibilities include operating and maintaining the company’s reliable electric system that serves 188,000 customers across 23 counties in southeast Mississippi.

He oversees the company’s Northern and Coastal divisions, Power Delivery, Marketing and Sales, Customer Service, and the Customer Call Center.

Prior to his role of vice president, Murphy held the position of Coastal Division Manager since 2016 where he led the company’s operations, customer service and local community and government relations for seven coast counties.

He joined the Southern Company system in 1985 and has held a variety of management positions at Mississippi Power, Alabama Power and Gulf Power.

Murphy served as community development director and chief information officer for Mississippi Power and Gulf Power. At Mississippi Power, he also worked as employee relations manager, senior project manager and national recruiter for economic development and technical field operations manager in Gulfport, Miss. In addition, he has experience with Alabama Power in the Mobile Division as the field services manager.

Murphy is active in numerous community outreaches. He has been named among South Mississippi’s Outstanding Community Leaders and a recipient of the Coast Young Professionals’ Forever Young Award honoring mentors. His community roles have included Coast Chamber President, Hancock County Chamber President, NASA Partners for Stennis board, loaned executive for United Way, President of the Mississippi Gulf Coast Technology Council, external advisory board for the University of Southern Mississippi and Leadership Gulf Coast.

He graduated with a bachelor’s degree in computer science from the University of Southern Mississippi. He is also a graduate of the Georgia Tech management program.

Murphy is a native of Pascagoula, Miss. He and his wife, Kristi, are the parents of a son, Brent, and a daughter, Shannon. 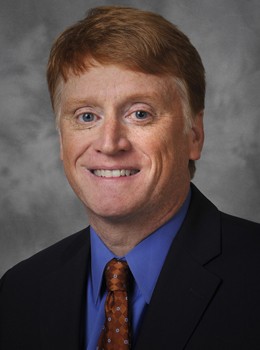