Michael Smith joined Mississippi Power’s management council as vice president and senior production officer in May 2022. He is responsible for the safe, clean, and reliable electric power generation of about 3,500 megawatts by company plants Daniel, Watson, Ratcliffe, Chevron Cogen and Sweatt.

Prior to this role, Smith worked as the manager of Plant Daniel since 2019.

His leadership has helped guide company strategy as a member of various Mississippi Power committees. He has served as chair of the Budget Leadership Team as well as working on the Leadership Development Council and the Safety Leadership Council. He is the Mississippi Power representative on the Plant Daniel Supervisory Committee where he manages the co-owner relationship with NextEra. He is also a member of the Southern Company Generation Advisory Committee.

Smith started his Southern Company career in 1991 at Gulf Power as a project engineer in Power Generation. He transferred to Plant Smith in 1996 as he progressed through various leadership roles across the Southern Company system. During this time, he was a member of the startup team for the Plant Daniel combined cycle units. He also led the startup activities for the Plant Smith combined cycle from construction through commercial operation.

In 2004, he was selected as the operations and maintenance manager at Mississippi Power’s Chevron Cogen plant and was named the Chevron plant manager in 2006. In these roles he was responsible for the steam and power needs for the company’s largest customer, the Chevron Pascagoula Refinery.

He transferred to Georgia Power in 2008 as the planning and engineering manager at Plant Branch. In 2011, he was selected as the maintenance manager for Georgia Power’s Plant Scherer.

In 2014, he moved to Gulf Power as the plant manager of Plant Smith and Plant Scholz. In that role he oversaw the retirement of the coal-fired units at both locations. He was also responsible for the ash pond closures at both facilities. He served in an interim role as the senior production officer for Gulf Power in 2018.

Smith, a native of Gadsden, Alabama, earned a bachelor’s degree in electrical engineering from Auburn University. 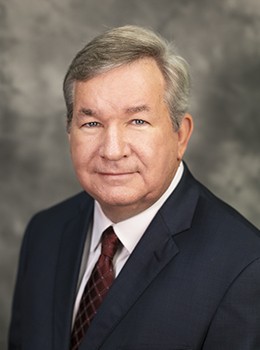